In my app, I needed to force Linux Kernel Framebuffer resolution, until X server is initialized. This is possible via various kernel command line options, one is using video=HDMI-A-1:1280x720. Now I need to have this to be possible to configure via my app, and in this tutorial I will show you how I made it.

In u-boot, you’re specifying the kernel command line arguments from boot.cmd, but I don’t want to my app to modify the boot.cmd, since it needs to be also compiled. Thankfully, u-boot have command, which can load additional environment variables env import.

So, very simply, what is devtype, devnum and prefix ? Devtype is type of device from which is currently booted, in case of SD Card or eMMC, it’s “mmc”. devnum is a device number from devtype, thus in my case, I have SD card supported which is 0, and eMMC which is 1. And last, prefix, it’s a prefix where the boot.cmd is found, mostly it’s / or /boot.

So, I added after devnum :2 , that’s the index of partition (you can find it via mmc part command in u-boot) where I have my file, and just added path to the file, and it works.

BTW, if you want to check what resolution is set when there is no X running, use command fbset -s. 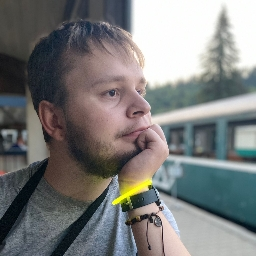